Celebrating 1 years, 10 Years and what it means to me to work at Pearson

This week marks 1 year since we launched Pearson Advocates Global Hub. The launch of the Pearson Advocate Global Hub has introduced me to no end of amazing people from across Pearson, i’ve heard amazing stories and i’ve learned so much from the people of Pearson. I’m excited to see how the community will continue to evolve over the coming year.

And since I will be celebrating my Pearson 10 year anniversary later this month I wanted to share my own personal story.

In 2015 I was moved by the refugee crisis unfolding across Europe. I felt paralysed by the news and the suffering. I called up NGOs and hit break walls. They didn’t want my help, they wanted my money.

In partnership with Gillian Seely we decided we would DO something, our networks both inside and outside of Pearson helped us mobilise. We set up a gofundme page to raise funds. The network of parents I had through nursery and friends helped fill my house with donations. We secured a driver, a van and we set out on an adventure across Europe. We drove to Slovenia, we donated the aid, we filled the van with food and we distributed it with water to detained refugees in a field on the border of Slovenia and Croatia. You can read about it here: 56 Hours and 2000 miles Kim’s account of the Words and Warmth Relief Run

Looking back now I can’t believe we pulled it off and it honestly was a trip that changed my life. 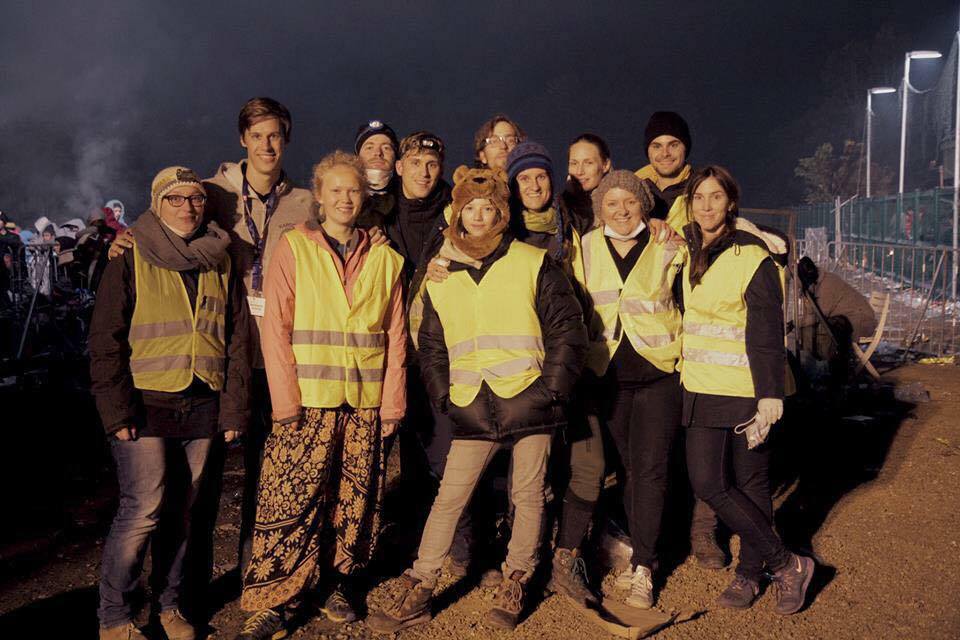 My first trip volunteering was to Slovenia in Europe.

Why is this important? Why am I telling you this? Because Pearson played a massive part in making that journey and subsequent trips possible.

Anyone who knows me, will know i’m tenacious, I have a lot of energy, i’m practical and I believe I can do anything I set my mind to. And that is one of the reasons why i’ve stayed at Pearson for so long. Pearson allows me to bring my whole self to work. I don’t have to leave who I am at the office door. I’m accepted for being me.

And a big part of who I am now is someone who continues to support refugees who are still arriving in Europe. I’m so incredibly grateful for the Pearson volunteer days, i’ve been able to use them to make trips to Lesvos, Greece. I’ve used Pearson matching to match some of the money i’ve raised. And i’ve been blown away by the generous support from colleagues who’ve baked, donated and given up time to support my trips.

I’ve shared so much of myself in a series of blogs about my experiences. I hope that the stories i’ve shared will help to educate people on the crisis. I want to dispel some of the myths about refugees and raise awareness of the situation. I also want to show people how they can also get involved. You can read them below:

My first day on the island, learning about how Humans4Humanity works and serving the refugee visitors. 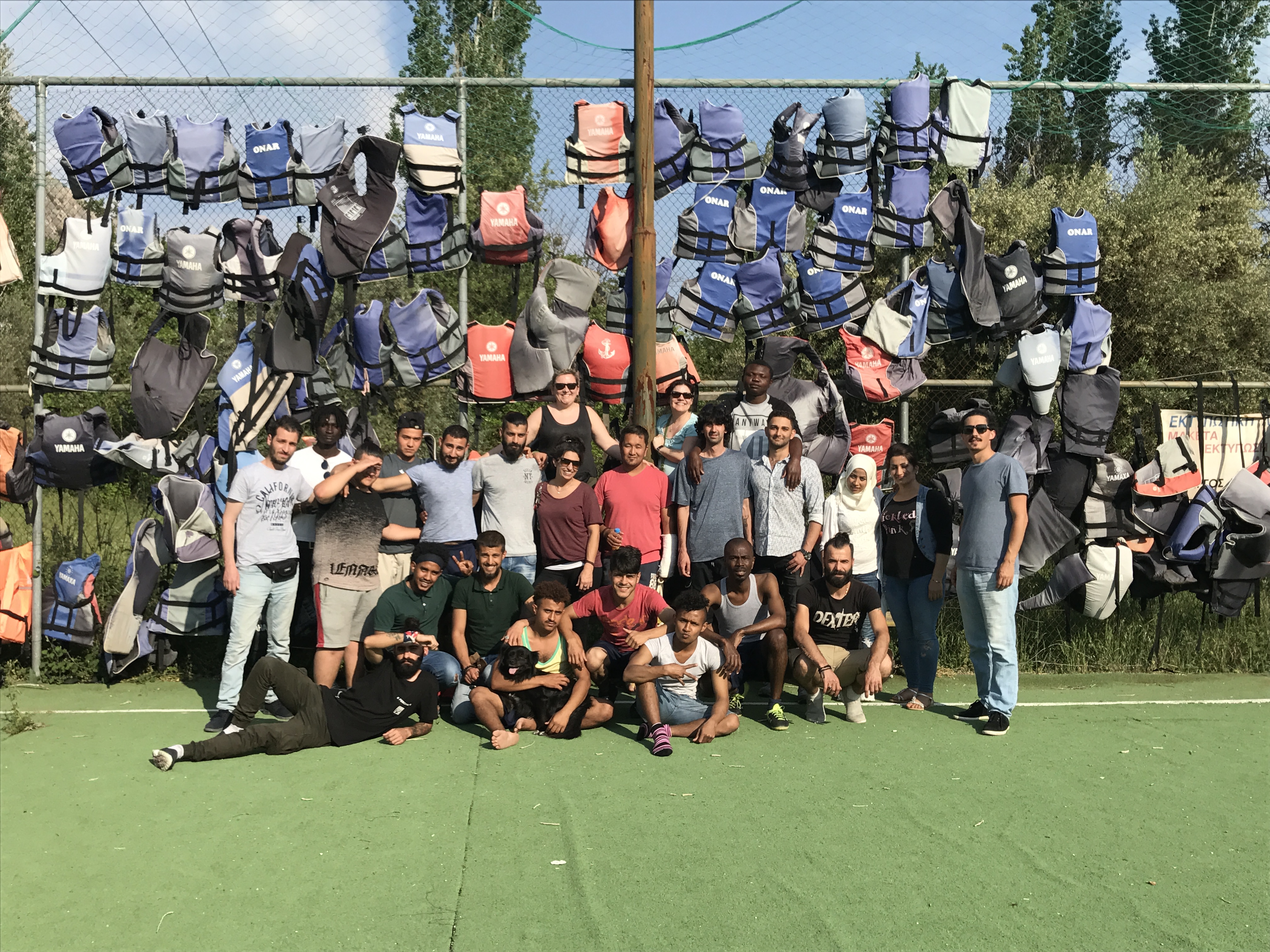 This is the amazing team of volunteers I worked with in Lesvos. 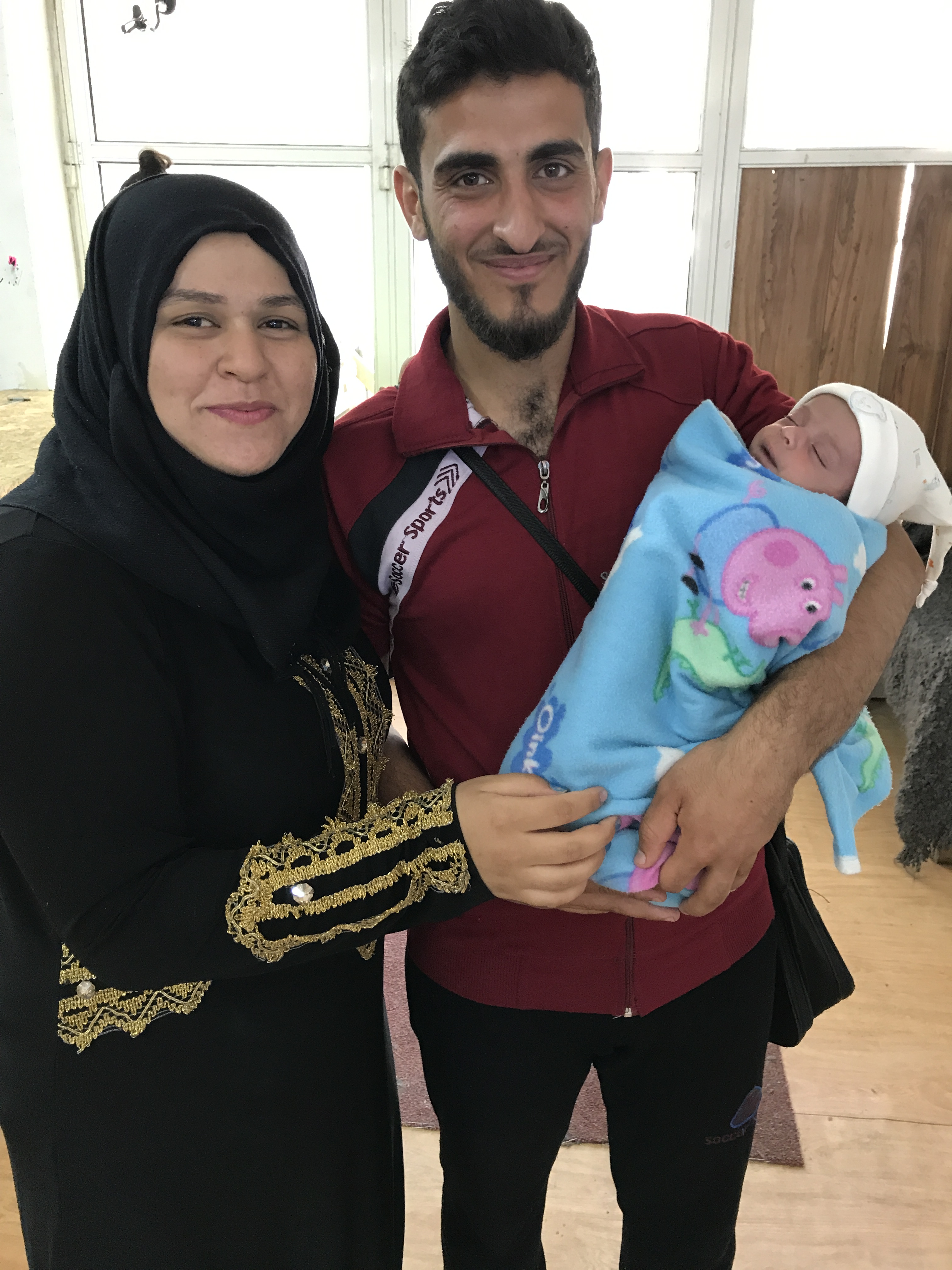 I was humbled to be able to help this beautiful young family and their 10 day old baby.

I was humbled to be able to help this beautiful young family and their 10 day old baby.Kim Returns to Lesvos – Life at Moria

Moria the refugee camp on Lesvos, Greece, is hell on earth. Not only are the conditions terrible the sentence has no end date for many. 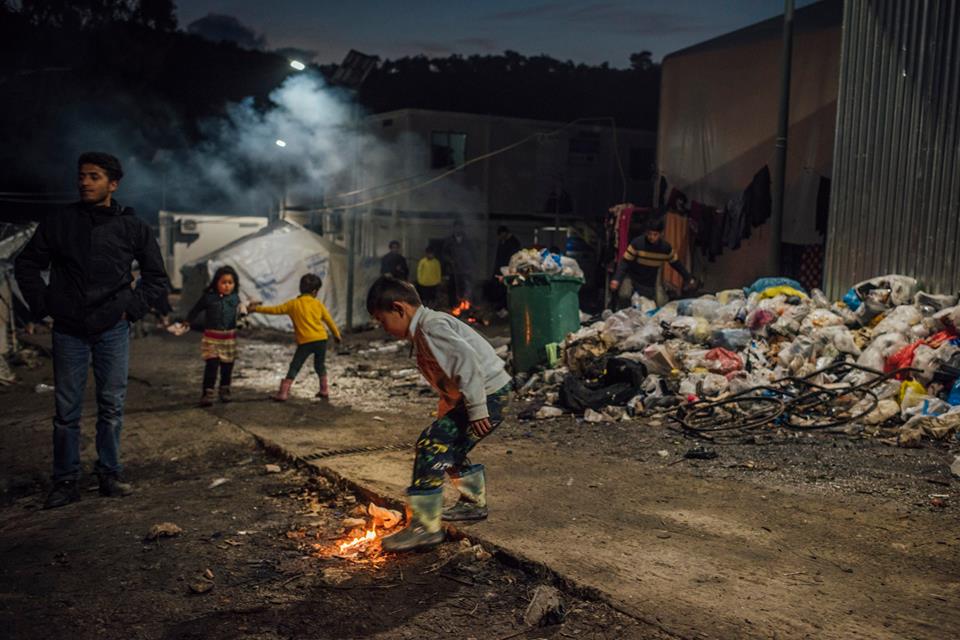 Moria is one of the worst refugee camps in the world.

I met a young man in Lesvos in 2015, when I returned in April he met again. He’s now a German citizen, together we re-traced his journey on the island of Lesvos. If you only have time to read one blog please read this one 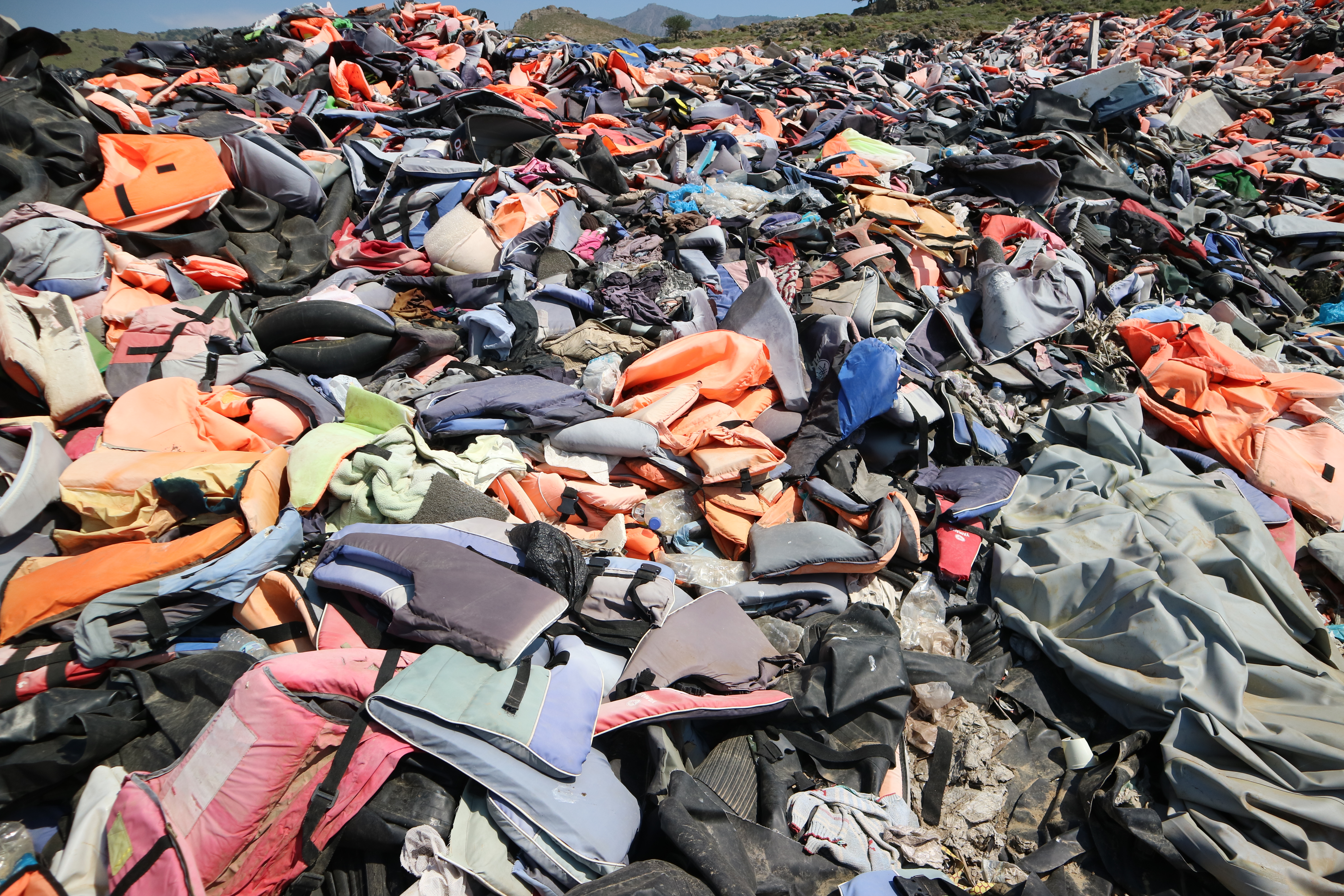 Every jacket represents someone who traveled from Turkey to Greece

Kim Returns to Lesvos – How Can You Help

So many people ask how they can help. There are so many ways and my final blog talks about the many ways you get involved.

What have I learned from volunteering and the experiences I have had?

Just because you fail at the first hurdle, or the door is closed. There are other ways, there are other routes. I was able to find a tribe of people through social media who were trying to do exactly the same as me and before I knew it we were making change happen for the good. And continue to make change happen, adapting quickly as the situation changes.

It won’t always work out

I made mistakes, but in the failures I looked for new opportunities. A positive mindset kept me going when things got tough or things didn’t work out.

You can make a difference

On the days where I felt like the situation was too much, the problem felt so big I would feel overwhelmed. I would feel like what I was doing wasn’t enough and sometimes it felt hopeless. When it feels like that i’m reminded of this quote

Some days I just helped a handful of people but numbers don’t matter as long as they know that I represent so many people across the world who truly care about them, where they end up and their future.

Thank you Pearson for the opportunity and thank you to every single colleague who’s had my back.